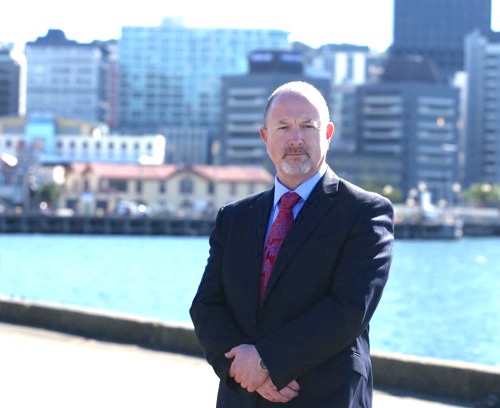 CoreLogic, a property information, analytics and services provider in the United States, Australia and New Zealand, says the recently-released Housing Stocktake Report contains underlying data used in the report’s building cost calculation that may not be entirely reliable.

Commissioned by the Government to support decision makers tackling New Zealand’s housing crisis, the report includes a building cost measure that concludes that the cost of building an average house in Auckland is $445,000, compared to $395,000 for the rest of New Zealand.

Not only is it more expensive to build in Auckland, the houses tend to be larger — at 230sq m — compared with the national average of 210sq m. Nationwide, the average build cost per square metre is $2000 incl GST.

CoreLogic insurance sales head Richard Deakin cautions that the underlying data used in the report’s building cost calculation may not be entirely reliable.

Mr Deakin, whose particular area of focus is property construction data, says the calculation is based on “building consents lodged for new dwellings” data from Statistics New Zealand.

This data records the total value of residential building consents and the total floor area to be constructed as reported to local councils, and is then collated by Statistics New Zealand.

“That data is a good high-level indicator but, unfortunately, not a true reflection of actual building costs,” Mr Deakin says.

“The value of the building lodged in the building consent is only part of the actual cost of building a house. A number of major factors are either under-represented or not included at all.”

So what are these invisible costs then? Mr Deakin provides a quick overview:

• Fees and permits: The building “value” noted on the consent generally doesn’t include the cost of design/architect fees, consent fees and any other required permits. All of these directly impact the pockets of the new home owner.

• Land cost: As adored as the Jetsons are to a whole generation, we still need land. The building value in the Statistics New Zealand measure specifically excludes land, so not only does it ignore the cost of the dirt in the first place, but also the cost of getting that dirt ready so that construction of a new home can begin.

• Administration costs: Our urban neighbourhoods are experiencing more infill and subdivision developments. Before construction can even start, there are significant costs incurred in subdividing land into unit title or freehold sections, including the re-surveying of plans, legal fees and resource consents.

• Groundwork: After the legal work is sorted, the ground prep can start.  But with flat land in hot demand, attention turns to sloping sections which have to be cut, filled and retained.

All this activity can quickly become a major part of the build cost and, if done post-purchase, won’t even be captured in the cost of the land (and generally won’t be included in the reported building cost).

• BRANZ Levy: The contract value reported on the building consent incurs levy fees for both the Building Research Association of New Zealand (BRANZ), an independent and impartial building research, testing and consulting organisation, and the Ministry of Business, Innovation and Employment (MBIE).

For this reason, it’s widely believed that the values stated on the building consent are often under-reported, to minimise the BRANZ and MBIE levies payable by the home owner. These can add another 3% to the cost of a house.

In Australia, the Independent Commission Against Corruption recommended in 2010 that councils in New South Wales adopt tools to make stricter checks on reported development costs, following a number of high profile fraud cases.

Cordell, a CoreLogic company, built such a tool to support more transparent calculation and verification of reported project costs.

• Development contributions: Local councils may look to recover some of the cost incurred in providing the new/upgraded infrastructure required by developments, such as water and stormwater upgrades, transport links, open space reserves and community facilities.

Mr Deakin says because of the significant variations of house types, construction materials, quality of construction and locational factors (slope of land and proximity to materials/labour), CoreLogic has used detailed construction data to create a property-specific rebuild estimate tool.

“The Cordell Sum Sure tool recognises that all properties are different. We also provide detailed costing data to the construction industry.

“We are currently developing a dataset of CoreLogic Cordell Costing Data which, when complete, will provide a more comprehensive assessment of the true build cost in New Zealand.

“But the reality is that there’s absolutely no such thing as an ‘average’ house.

“The building cost data provided in the Government’s Housing Stocktake Report is certainly a high level indication, and a good place to start.

“But it’s not a true reflection of the actual cost to build, which is likely to be far greater than reported.

“Those additional costs not taken into account by the report’s building cost measure suddenly become very real when you’re the one choosing whether to put yourself in a position of paying for them compared with buying an existing home.

“At that point, they’re certainly not invisible,” Mr Deakin says.