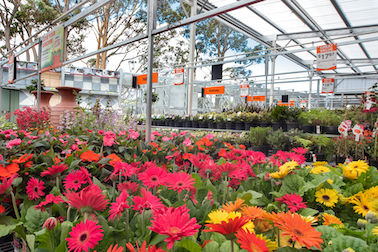 After 10 months of construction and much anticipation in the local community, Mitre 10 Gisborne opened its doors to the public on December 20.

Owner-operator Geoff Taylor says the community has been hugely supportive of Mitre 10 coming back to Gisborne, and is as excited as he is to open the store.

“We’re really looking forward to welcoming the local community into our new store and getting stuck into supporting our customers with their home improvement projects every day of the week,” Mr Taylor says.

“With all the conversations we’ve had, we know the community is looking forward to it as much as we are.”

Mitre 10 Gisborne will be the 84th store in the Mitre 10 New Zealand co-operative, and brings the iconic brand back to Gisborne after 10 years.

In excess of $10million has been invested in the construction of the property on Derby Street.

The 5500sq m store has an extensive range of home improvement products, a large trade offer with drive through, and an extensive garden centre, as well as amenities like a Columbus Café and playground for families.

The larger footprint will also include showrooms for kitchens and bathrooms.

The store has 56,000 products, and Mr Taylor says being part of the Mitre 10 network gives access to an even greater range of products available on request.

“So, if someone asks us for something we don’t have in stock, we will do our best to get it for them.”

Having a team of 20 support them in operating a small temporary Mitre 10 store over the past year, Geoff and Carolyn have grown the team to 64 to operate the new store.

The opening has lured six team members from outside the region who will be making Gisborne their new home.

“We’ve hand-picked a really great team of local people that will be delivering a complete service to our trade and DIY customers from day one,” Mr Taylor says.

The store has already been involved in several community initiatives, including fundraising for Gisborne Hospice and Alzheimer’s Gisborne.

The famous Mitre 10 community BBQ is also available for charitable fundraising, with Gisborne Judo Club having got in early to book for opening weekend.

Rather than the usual ribbon cutting, Geoff and Carolyn and their business partners Brendan and Nicole Hall shared the task of cutting a specially printed piece of timber with a ceremonial handsaw to officially open the store.

Mitre 10 is a New Zealand co-operative with 84 locally owned and operated stores nationwide.