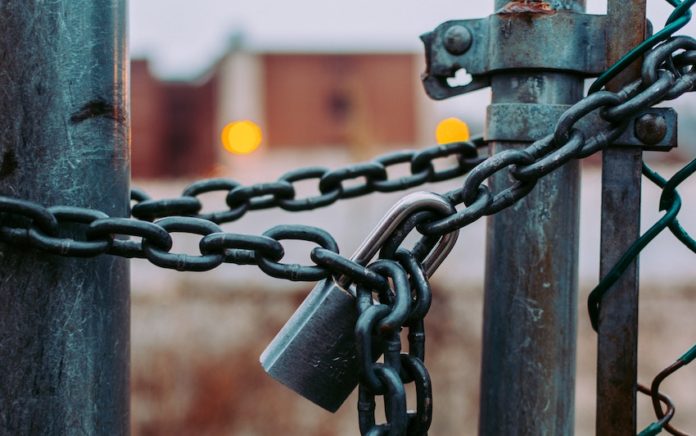 In October last year, two weeks before I was due to move into my new home, I took a call from my builder I neither wanted, nor expected.

“I’m really sorry, but your house has been robbed.”

My new kitchen appliances, still in their boxes, had been spirited away in the night, along with a heap of bathroom and electrical fittings.

Sure, builders’ insurance covered the stolen items, but this doesn’t make it a victimless crime. Far from it.

I was devastated to think people had invaded my home, and taken my hard-earned, and carefully-chosen possessions.

And instead of cruising towards completion after a smooth, enjoyable build, my builder was left to sort out the insurance claim and organise replacement of the stolen items, a time-consuming and not always simple process.

My experience is hardly a one-off, with theft from building sites a growing trend, and which has reached almost epidemic proportions in some regions.

A home or commercial building under construction can be an easy target for theft, particularly towards the end of the build when lots of valuable items arrive on site.

Detective Senior Sergeant Neville Jenkins, who heads the Christchurch Police Criminal Investigation Branch unit responsible for the investigation of burglaries, and who has been a victim of burglary himself, says the greatest inroads in reducing building site theft is through prevention.

“Builders need to be a lot more vigilant about security if they are to reduce the risk of being a target and protect their clients’ home or building,” Mr Jenkins says.

“If we were to drive around a new subdivision and look at the houses being built, a number would be insecure. I think builders are sometimes lax because they think insurance will cover anything that happens, but it’s not until a burglary occurs on their site that they realise the true impact on a victim and themselves.”

Builders’ vehicles and tools are another constant target, given tools are so easy to fence, he says.

“We’ve had cases where builders have left unlocked $40-50,000 vehicles full of tools in the driveway, or even out on the road.

“There are all sorts of ways builders can mark tools now, such as chips and invisible engraving, which can help police identify the owner if we recover stolen items.”

Canterbury Master Builders Association president Ivan Stanicich recently had first-hand experience of being burgled, after a house he was building for a family member was broken into. Among the stolen items were most of his tools.

“It was the first time this had happened to me in 20 years of business,” Stanicich says.

“I don’t usually leave my tools on site, so it was a hard lesson. I now have a better understanding of how a burglary makes people feel.”

He has had many conversations with builders who have been “ripped off”, and says while no one deserves it, some have been “bloody stupid” when it comes to site security.

“I think we definitely need to have more conversations about safety and security, and everybody needs to do a bit more to limit the excess money that is burned and wasted due to burglaries.”

Advice from NZ Police and Master Builders to protect your site, vehicles and tools:

• Ensure your building site is secured with safety fencing and suitable locks.

• All visitors to site should follow WorkSafe procedures and sign in, whether through technology such as an iPad, scanning via an App, or manually writing in a sign-in book.

• Arrange for appliances to be delivered as close to move-in day as possible, and install them the day they arrive. If this is not possible, store them out of sight.

• Once the appliances are unpacked, don’t throw the boxes and packaging onto the top of the skip.

• Record serial numbers of appliances, and write your company number on the back in invisible ink to identify them if they do get stolen.

• Provide contractors with contractors’ keys to enter the house during construction and not owners’ keys. The owners’ keys will reset the lock after handover.

Store the keys in a lockbox, and only provide the code to trusted contractors. Regularly change the lockbox code, and never use the same code for different jobs.

• Use an on-site camera as a deterrent. There are reasonably priced cameras available now that send alerts and pictures to your cellphone if there is movement on site after hours.

• Keep a register of your tools, and mark or engrave them. Spraying with orange dazzle isn’t enough.